A global push towards cleaner energy sources combined with lower costs is leading to continued growth in renewables. The US Energy Information Administration predicts that, by 2050, renewables will be the most widely used energy source in the world and will produce nearly half of the world’s electricity. In addition, among renewable energy sources, the share of solar energy is expected to grow the fastest. If you’re looking to invest in the future of power generation, here are two top stocks to buy to ride the solar wave.

Canadian solar (NASDAQ: CSIQ) is a geographically diversified manufacturer of photovoltaic modules (or solar panels) present in 23 countries. Over the past 10 years, the company has grown revenues at an impressive average annual rate of over 20%. Likewise, its margins have historically been higher than those of its peers.

As the chart above shows, Canadian Solar’s average gross profit margin over the past three years has surpassed that of its best peers. The company’s differentiated market strategy, focused on the premium roofing segment, gives it pricing power and is a key driver of its higher margins.

In July, Canadian Solar announced its intention to list its subsidiary Module and Systems Solutions on the Chinese stock exchange. The planned listing will give it access to additional capital at low cost while not increasing its balance sheet. The company plans to use the product for capacity expansions and increased vertical integration.

In addition to planned capacity expansion and vertical integration efforts, Canadian Solar’s main potential growth driver is in energy storage products. Storage products help align energy demand with supply and are expected to dramatically improve the outlook for solar power over traditional energy sources. For this reason, the demand for storage products is expected to increase dramatically over the next few years. With an impressive backlog of storage projects, Canadian Solar should take advantage of this huge potential demand. Finally, the share is valued less expensive than its peers on the basis of PE and EV / EBITDA ratios. 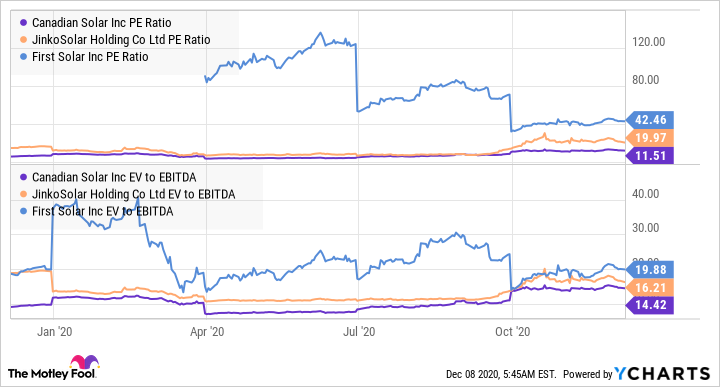 PE CSIQ ratio given by YCharts

Solar module manufacturers face intense competition, especially on price, which can potentially squeeze margins. This risk could be one of the reasons for the low valuation of Canadian Solar. Investors may suspect that the company’s peak margins might not last forever. However, Canadian Solar is doing extremely well so far in an increasingly competitive market. Time will tell if he can maintain that performance, although past performance suggests he can.

Solar energy certainly has enormous growth potential. However, the market moves quickly and the stocks in the sector can be quite volatile. Government incentives and policies can have a significant impact on the profitability of solar companies, as happened in 2017 and 2018. Given their erratic performance so far, it is best to take a long-term approach. with stakes in your solar portfolio.

With a history stretching back over two decades, SunPower (NASDAQ: SPWR) has innovated and experimented long enough to understand what works and what doesn’t in the solar industry. The company has done it all – from producing microinverters and solar panels to installation and financing. He has now concluded that the best way to generate higher margins is to offer high quality products and make it easier for customers to buy. 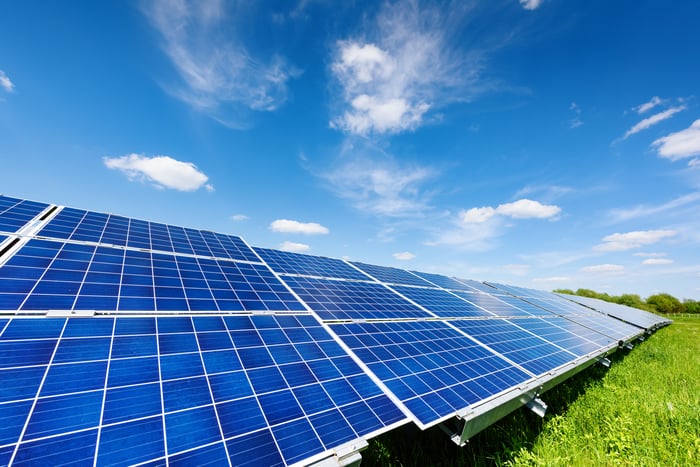 Contrary to the popular strategy of vertical integration to reduce costs, SunPower is on the way to becoming a specialist player with a focus on solar technology. The business logic is that this will help it generate higher margins. In November of last year, SunPower announced its plan to split Maxeon Solar (NASDAQ: MAXN), which produces solar modules. He completed the spin-off in August of this year.

SunPower will continue to source modules from Maxeon, in the same way that it sources microinverters from Enphase Energy. It carries out the installations through its network of dealers and sells a large part of its products through loans or cash sales rather than financing them itself. This small-cap sourcing strategy, rather than producing alone, puts minimal pressure on SunPower’s balance sheet and allows the company to focus on innovations. SunPower has shown decent results so far in 2020, with improved margins despite declining revenue due to COVID-19 and the Maxeon spin-off. 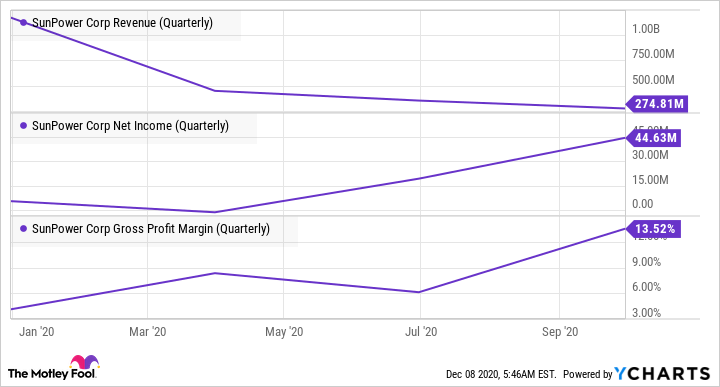 SPWR revenue (quarterly) given by YCharts

SunPower is the number one solar supplier in the commercial segment. The company is also poised to experience tremendous growth in the untapped residential market. In the United States, only 2% of homes are currently equipped with solar installations. New homes offer another potential growth opportunity. Solar capacity for new homes in California, which has the highest solar uptake in the United States, is expected to triple by 2025. SunPower has a market share of over 50% in the new home market in California .