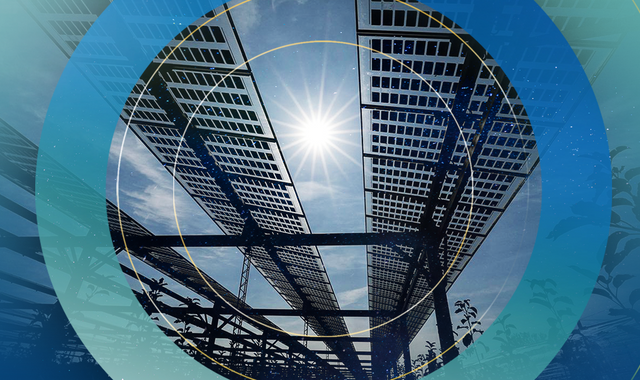 The director of the influential Conservative Environment Network has told Sky News that the Prime Minister’s plan to ban solar panels on farmland is “disproportionate” and risks “damaging investor confidence in an energy crisis”.

Liz Truss said she believed solar panels must not be placed on the ground which could be used for livestock or crops to boost food production and security.

But Sam Hall told Sky News there are “clearly localized concerns about solar developments that need to be addressed”.

He continued: “But blocking the vast majority of the current solar pipeline appears to be an outsized response and damage to investor confidence in an energy crisis.

The Conservative Environment Network has over 150 Conservative MPs, and it is relatively unusual for the organization to directly contradict the Prime Minister in this way.

It describes itself as “an independent forum for conservationists in the UK and around the world who support net zero, nature restoration and resource security”.

The group joins the National Trust and the RSPB, among others, who are concerned about some of the new government’s planning and deregulation policies and how they could affect the fight against climate change.

The intervention comes as chief executive of industry trade body Solar Energy UK Chris Hewett called on the government not to follow through on its plans.

He told the Financial Times newspaper: “If the plan goes ahead, it would threaten over 30GW of projects currently planned for the second half of the decade – this could represent over £20bn of capital investment. in the British energy sector“.