WeatherSTEM installs cameras and sensors ahead of USFL games

WeatherSTEM crews have installed a new state-of-the-art weather station on a rooftop just across from Birmingham Protection Stadium, home of the USFL this season. (Credit: FOX Weather)

BIRMINGHAM, Alabama. – The USFL kicks off April 16, and when the Birmingham Stallions take on the New Jersey Generals at Protection Stadium, you’ll have a front-row seat to not just the on-court action on FOX Sports, but the real-life action. temporal weather conditions, thanks to an exclusive partnership with WeatherSTEM and FOX Weather.

RELATED: The USFL, NFL films and FOX Sports team up for ‘United by football: A season in the USFL’

WeatherSTEM crews installed a new state-of-the-art weather station on a rooftop just in front of the field. It will not only give you all the weather details of what is happening in Birmingham city center but specifically what is happening at Protective Stadium during USFL games.

Luke Hunnewell of WeatherSTEM says the advantage of their weather stations is that they broadcast real-time weather data.

“So you have variable wind speed, wind direction, precipitation, rain rate, temperature, humidity, UV, solar radiation — and also a live camera,” Hunnewell said. “We take this information and combine it with other information such as lightning data and forecasts, and put it on a very powerful platform which is a public website for the use of all the public. “ 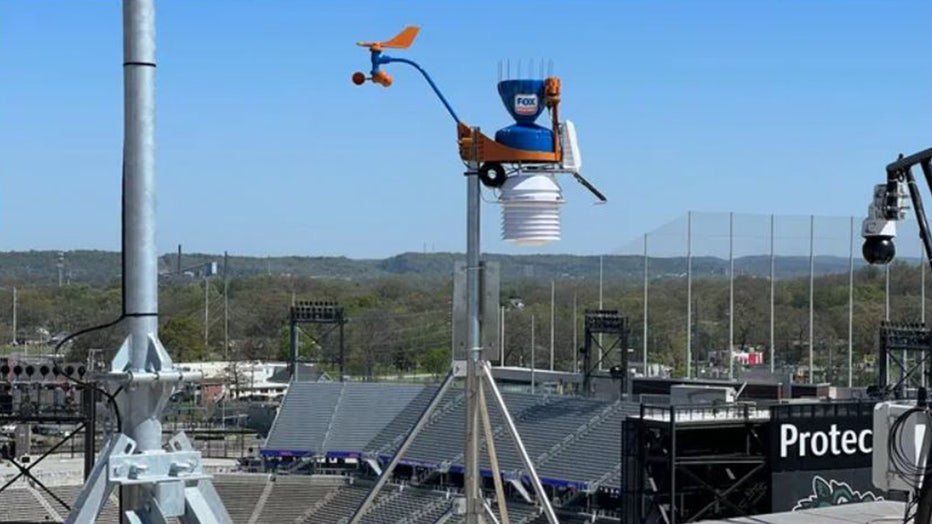 “It’s extremely valuable compared to just general radar,” Hunnewell said. “So not only do you see a computer model of what’s happening, but you actually know in real time if you actually have a flash flood or if it’s just a general warning for the area.”

You can monitor all WeatherSTEM weather stations on their website. And you can watch the historic inaugural game at 7:30 p.m. ET on FOX.

Find the latest updates on this story at FOXWeather.com.