The S&P 500’s year-to-date loss stands at about 20% at the time of this writing, but not all sectors are doing as badly or worse than the benchmark. One of the most notable sectors that has held up well so far in 2022 is the clean energy sector. The iShares S&P Global Clean Energy Index Fund (ICLN, Financial) ETF is down just 9.84% year-to-date, with performance largely driven by solar stocks.

Solar stocks are benefiting from several strong long-term tailwinds, including the global push for the clean energy transition and supportive government incentives in many countries. There’s also the fact that investors often find solar stocks more attractive than other types of clean energy stocks. Many of us have the option of installing solar panels on our roofs, which makes the technology more understandable and accessible. Additionally, stocks of companies that produce solar panels are classified as semiconductor stocks, as opposed to wind and hydropower, which can generally only be invested through utilities.

According to the GuruFocus All-in-One Screener, a Premium feature, as of November 8, the top three stocks that have beaten S&P 500 returns this year are SMA Solar Technology AG (EN:S92, Financial) (SMTGY, Financial), Enphase Energy Inc. (ENPH, Financial) and First Solar Inc. (FSLR, Financial). Let’s take a closer look at these stocks to see what made investors so bullish on them.

German manufacturer of solar energy equipment SMA Solar Technology (EN:S92, Financial) (SMTGY, Financial) has a year-to-date return of 36.54%, bringing it to a stock price of $5.68 and a market cap of $1.97 billion on November 8 .

Unlike the other two stocks on this list, SMA Solar is an unprofitable small cap. It went public in October 2020 and is currently trading slightly above its initial public listing price. Its balance sheet is strong with no long-term debt and a GuruFocus Financial Strength Rating of 7 out of 10. While revenue is mostly flat, earnings per share is on a downward trend and operating margin is not profitable at -5.19%. 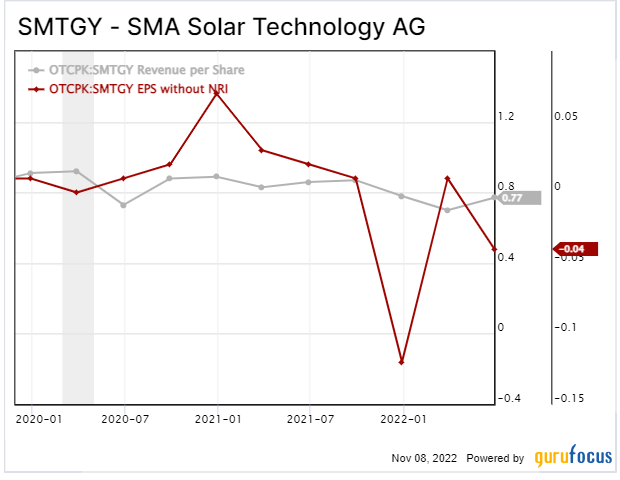 SMA Solar is a research-driven company. Currently, it is more focused on optimizing the energy efficiency and usability of its systems and reducing the cost of solar power systems for mass adoption instead of prioritizing profitability. . This has helped it become one of the most valued companies in the off-grid solar power world, with one of the few off-grid inverters to have proven durability. According to reviews, SMA Solar’s grid inverters are best in class for areas with full sun. The German government aims to nearly quadruple the country’s solar power generation by 2030, which is expected to boost SMA Solar’s business. 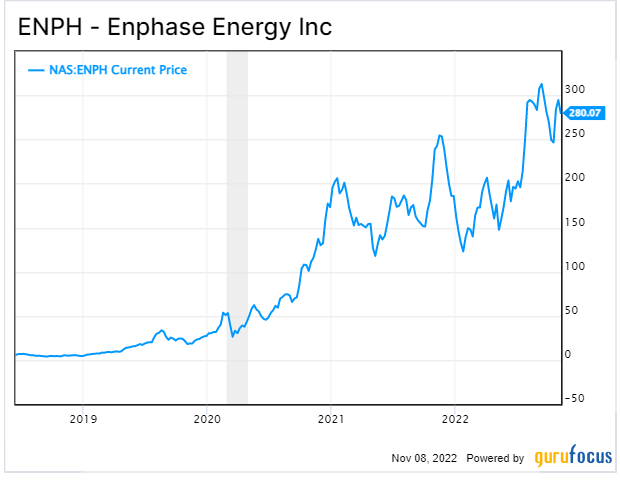 The stock hit new highs in 2022 after initially being sold off with the broader market in late 2021. With an operating margin of 17.32% and a three-year revenue per share growth rate of 45% , Enphase is growing rapidly and although earnings per share have been more volatile, earnings growth is still present. GuruFocus rates the company’s financial strength at 6 out of 10 based on a Piotroski F-Score of 4 out of 9, indicating balance sheet stability. 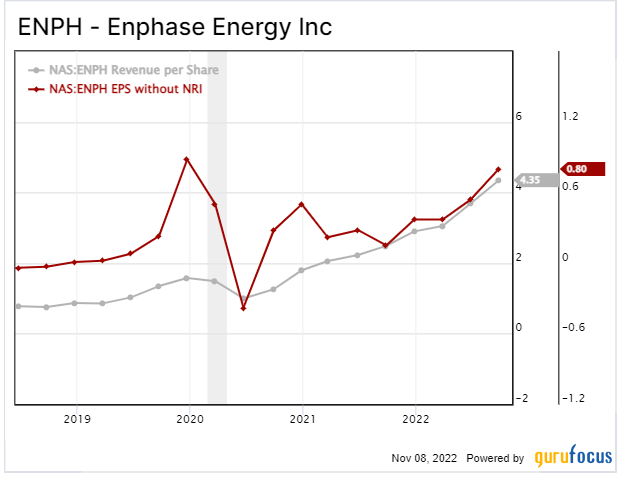 To understand why Enphase is so popular with investors, we need look no further than its incredible growth in recent years. The company also has good control over its costs, which has helped maintain the strength of its balance sheet. Looking through reviews on several solar power system sites, many customers rate Enphase as the best microinverter supplier on the market, especially when it comes to systems in areas that have power issues. shady.

Topping the list is large-scale solar manufacturer First Solar Inc. (FSLR, Financial). The Arizona-based company has seen its shares soar 68.23% year-to-date to a price of $147.26 and a market capitalization of $15.70 billion on November 8. 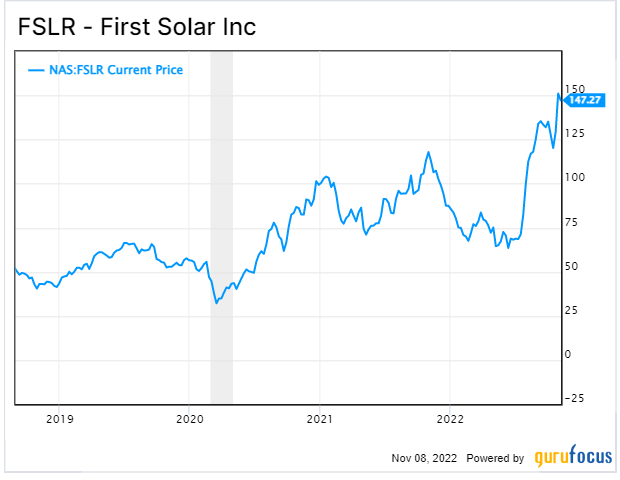 In a highly volatile industry, shares of First Solar have been on a relatively consistent uptrend in recent years, although they have had moments of decline. The operating margin of -2.43% shows that the company has recently encountered problems with profitability. Overall, revenue and earnings per share trends have been positive in recent years, with some weakness beginning in 2021. The company’s balance sheet is strong, with a debt ratio of 6.15 at the industry leading and a GuruFocus financial strength rating. out of 8 out of 10. 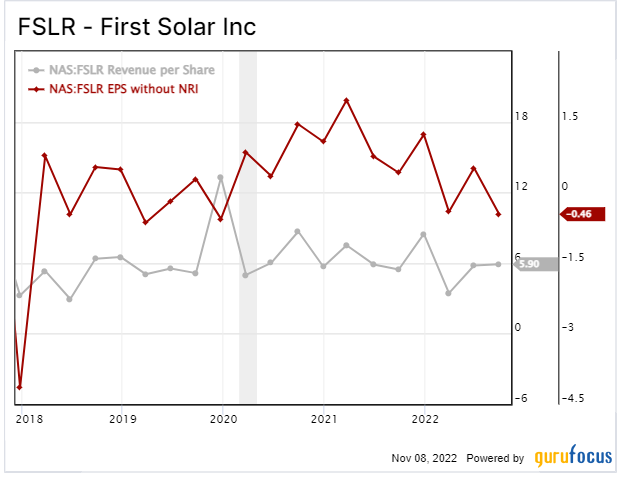 First Solar is an industry-leading utility-scale solar power manufacturer that has two new manufacturing plants under construction. The company’s thin-film panels are known to perform better than their competitors in extreme weather environments such as deserts or coasts, which is essential for increasing system life and reducing maintenance costs. Part of the excitement for this title also comes from the fact that the company should directly benefit from the Inflation Reduction Act in the United States.